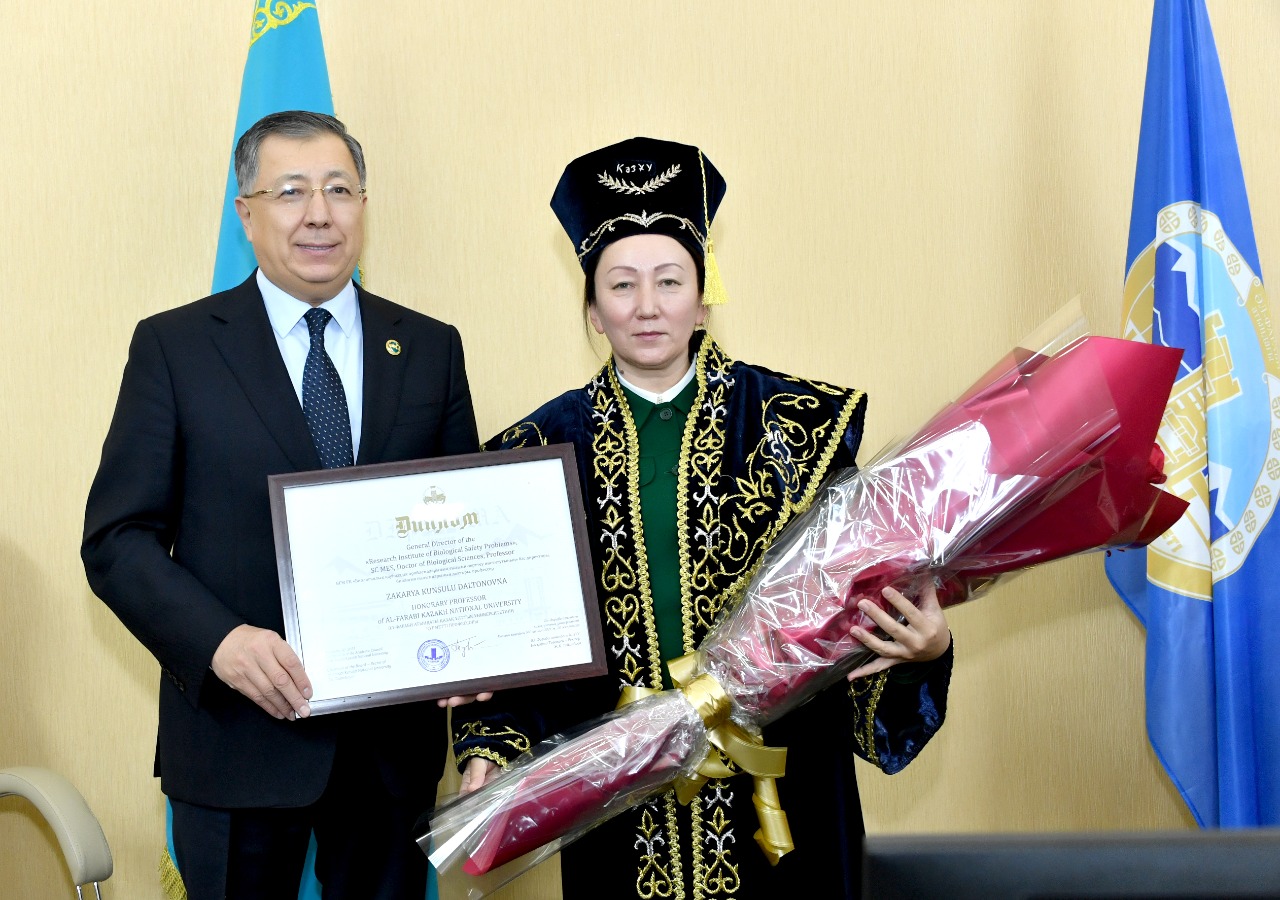 Zhanseit Kanseitovich spoke about the contribution of scientists of Research Institute of Biological Safety Problems (RIBSP) to the development of the first Kazakh vaccine against COVID-19 QazVac.

In her speech, Kunsula Daltonovna thanked for the great honor, and expressed gratitude to the Academic Council of the University for the high honor of conferring the academic title of honorary professor of KazNU.

She told about the development and production of QazVac. Besides, focused on the unprecedented support of the Head of State! Assistance from the Government of the Republic of Kazakhstan. 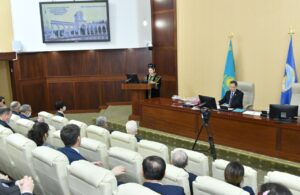 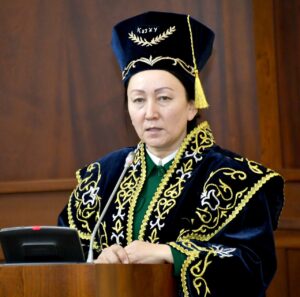 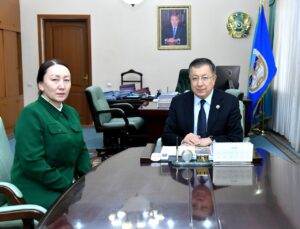